Have you wondered what life as Data Scientist is like? Or how to get started as a Data Scientist? Miner & Kasch is sponsoring a panel discussion on Women in Data Science at Galvanize in Denver, CO. Our own Julia Maddalena, Karen Farbman, and Jordan Hagan will talk about their paths to Data Science stardom, and share valuable insights on how to be successful in this fast pace, ever changing career.

Register for the panel on Eventbrite.

Julia studied statistics at Cal Poly and continued on to master’s program in statistics from UC Santa Barbara. Upon returning home to Colorado, she took a job as a statistician for a diagnostic laboratory working on clinical study research. Working in healthcare was satisfying but she realized that she wanted to build models to predict the future rather than report odds ratios and p-values. After studying some machine learning on her own, she was hired by a demand response company to aid their research on applying machine learning to thermostat telemetry data. In January, she moved on to work as a Data Scientist for Miner & Kasch.

Karen graduated from the University of Rochester with degrees in Physics and Music in 2014 and began her career as a Product Developer at a financial software company. After realizing that wasn’t exactly what she wanted to do, she moved to Colorado and took some time off to teach skiing. She quickly realized that she missed working with data, taught herself some basic Python, and jumped into Galvanize’s Data Science program. Shortly after the program ended, Karen joined Miner & Kasch as a Data Scientist in January of 2018.

Jordan started her career in data back in 2010 as a data analyst working with the government to help DOJ and OIG agents investigate Medicare Part D fraud. She then spent the next 6 years in various Data Analytics/DBA roles all with healthcare companies before switching to front end hospital electronic health record systems. She consulted on EHRs for a couple of years before realizing she really missed data and backend systems. Data Science seemed like the next logical step. After completing Galvanize’s Data Science program in 2017, she was able to jump right back into the workforce as a Data Scientist working with hospital data again. After becoming a little burnt out on healthcare and missing the world of consulting, she made the move to work as a Data Scientist for Miner and Kasch in March 2018. 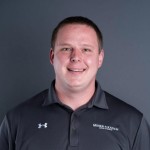